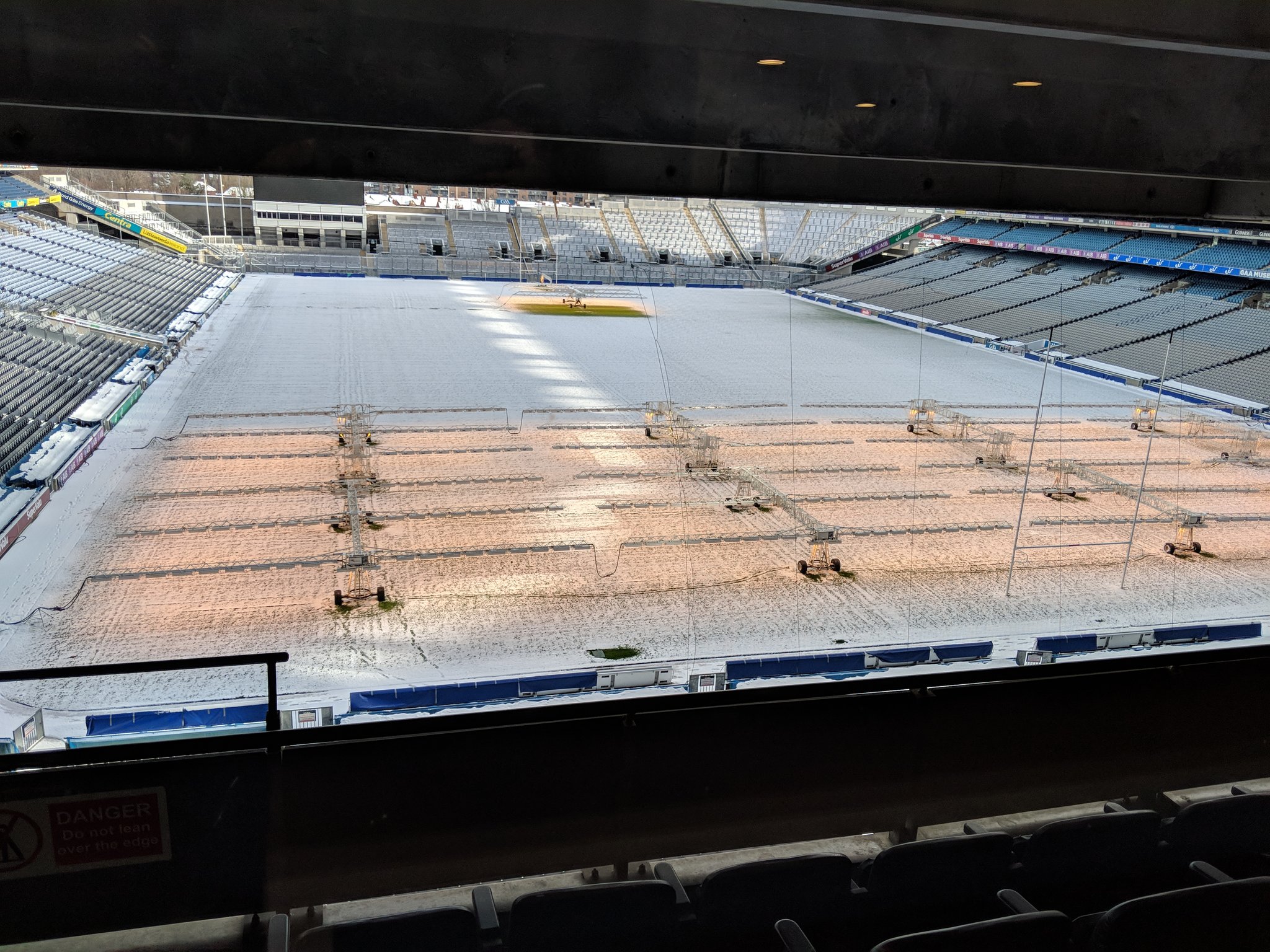 Not getting on a plane was a nice change for an OpenStack event :) - especially as it looks like I would not have made it home for a few days.

These days are where I think the major value of the PTG is. The cross project days feel like the Summit of old, with more time for topics, and less running around a conference centre trying to cram 2 weeks worth of talks / developer sessions, and other meetings into a few days.

First up for me was the keystone based limits API for unifying quota data in keystone. It was decided to create oslo.limts (olso.limits repo, olso.limits spec & oslo.limits etherpad). The keystone team already created a keystone-limits-api that is currently experimental, and the feeling in the room was that we should try and implement it using a new oslo library to find where changes need to be made.

The migration procedure was discussed, and how we (the services) would need to run multiple quota systems for quite a few cycles, due to partial upgrades that happen in OpenStack. [1] Possible implementations were discussed, and the oslo.limits etherpad has a good overview of them.

This is an idea that I have been very interested in since it was discussed in Sydney. We actually had 3 sessions on this in Dublin, across 3 different cross project rooms - API-SIG, Oslo and Self Healing SIG.

Overall, most people were receptive - the commentary is that the spec is too wordy, and contains my favorite description:

It feels like OpenStack, but not really in a good way.

After listening to feedback, and talking offline to a few people I think I have a handle on where the issues are, and I think I have a rough spec I can work flesh out over the next few days. I think I will just start writing code at that point as well - I think with a more concrete example it could help clear up issues for people.

I stopped by the Edge room on the Tuesday to listen in on the discussion. Personally, I really think this group needs to stop bikesheding on, well, everything, and actually go and implement a POC and see what breaks.

The push still seems to be "make OpenStack work on the edge" instead of (what I think is the quickest / most productive way forward) "write extra tooling to orchestrate OpenStack on the edge."

There was some interesting items brought up, like Glance, and image / data residency. I think that actually engaging with the Glance team might have been helpful, as they were completely unaware that the discussion was being held, but the concepts raised sounded interesting.

I lasted about an hour or so, before I gave up. From my limited exposure, it sounded exactly like the discussions I have heard on the Edge Calls, which were the same as the ones I heard in Sydney.

The Designate room was a quiet enough affair, but it marks the first time since the PTG's started that getting a dedicated room was justified. We did some onboarding with new folks, and laid out a plan for the cycle.

If you follow the mailing list, or openstack/governance reviews, you may have seen a long running discussion over where tempest tests used for Trademark Programs should go. From memory I seem to remember this being raised in Boston, but it could have been Barcelona. There was tension between QA, me, the InterOp Work Group, and others about the location. Chris Dent covered this pretty well in his TC updates over the last while, so I am not going to rehash it, but it does look like we finally have some sort of agreement on the location, after what was 2 other times I thought we had agreement :).

Board of Directors Meeting

The OpenStack Board of Directors met on the first day of the PTG. This was an issue in its own right, which was highlighted in a thread on the foundation list. Thankfully, I have been told that this situation will not happen again (I can't seem to find any record of the decision, so it may have been an informal board discussion, but if anyone from the board is reading, replying to the foundation list would be great.).

As it met on day one, I didn't get to see much - I arrived to wait for the Add On Trademark program approvals, and happened to catch a very interesting presentation by Dims, Chris and Melvin. I then got to see the board approve DNS as a Trademark add on, which is great for the project, and people who want a constant DNSaaS experience across multiple clouds.

Johnathon Price's Board Recap is also a good overview, with links to things that were presented at the meeting.

The Board, Community, and how we interact

One topic that was highlighted by the TC / QA / Tempest / Trademark Programs discussion was that the QA team is very under resourced. This, combined with the board discussing future of the PTGs due to cost makes me very worried.

The foundation has (in my mind) two main focuses.

In my eyes, Trademark programs are very much part of #1, and the board should either:

The PTG falls firmly under #2. I was initially a PTG skeptic, but I really think it works as an event, and adds much more value than the old mid-cycles did. I understand it has problems, but without it, teams will go back to the mid cycles, which may have looked cheaper at first glance, but for some people either meant multiple trips, or missing discussions.

One very disappointing thing to see was the list of Travel Support Program donors - there was some very generous individuals in the community that stood up and donated, but none of the corporate foundation members contributed. This, with members being added to the foundation that seem to stop at paying the membership fee (see tencent who were added at the Sydney board meeting), makes me wonder about the value placed on the community by the board.

I know the OpenStack Foundation is diversifying its portfolio of projects beyond just the OpenStack Project (this is going to get confusing :/), but we should still be supporting the community that currently exists.

This turned into a bit of a PTG + 2 weeks after update, so here are some other write ups I have read over the last week or so, and prompted me to remember things that I would have otherwise forgotten.

And, I saved the best until last. The Croke Park Hotel was absolutely amazing during the conference. When we needed to leave the main venue on Thursday, they managed the transition of a few hundred developers into all the public spaces we could find extremely well. They kept us fed, watered and happy the entire time we were in the hotel. The fact they managed to do this, while not leaving the hotel to go home and sleep themselves! I cannot say enough good things about them, and encourage anyone who is looking for a hotel in Dublin to stay there, or is running an event to use Croke Park and the hotel.